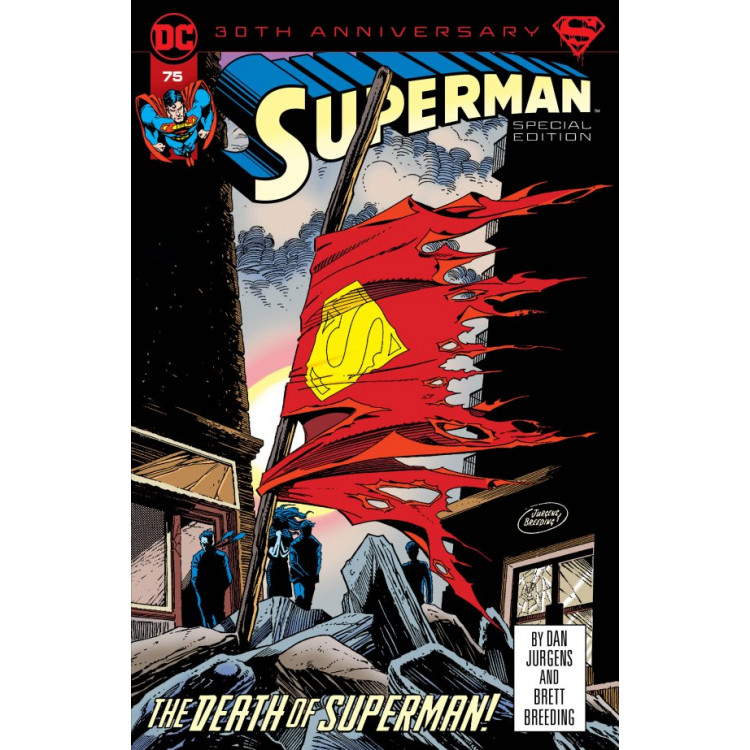 Continued from Superman: The Man of Steel #19

An unstoppable force named Doomsday crash landed on Earth and has cut a swath of death and destruction across the country, all the way to Metropolis. Even the Justice League, the world's premiere super-team, was powerless before this creature's might. Now one man stands defiantly in Doomsday's way and vows that the creature's insanity stops here. Superman fights his strongest opponent to the death in the streets of Metropolis.